“Now in its second year [2013-2014] , the committee is working to create a statement of beliefs promoting a positive and nurturing district culture. The committee continues to meet monthly with representatives of all stakeholder groups providing input. The addition of the student voice to the conversation is a valued next step in the committee’s journey. The committee is committed to presenting a policy proposal to the Board of Education in January.” [There has been no report to this point.] 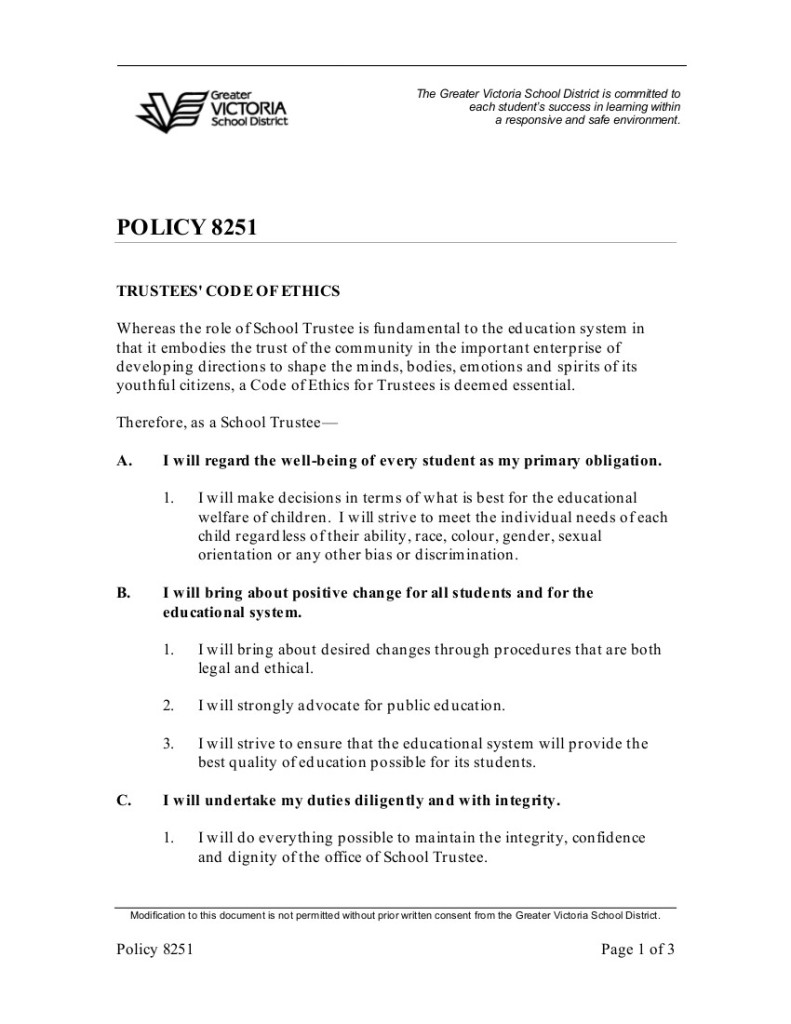 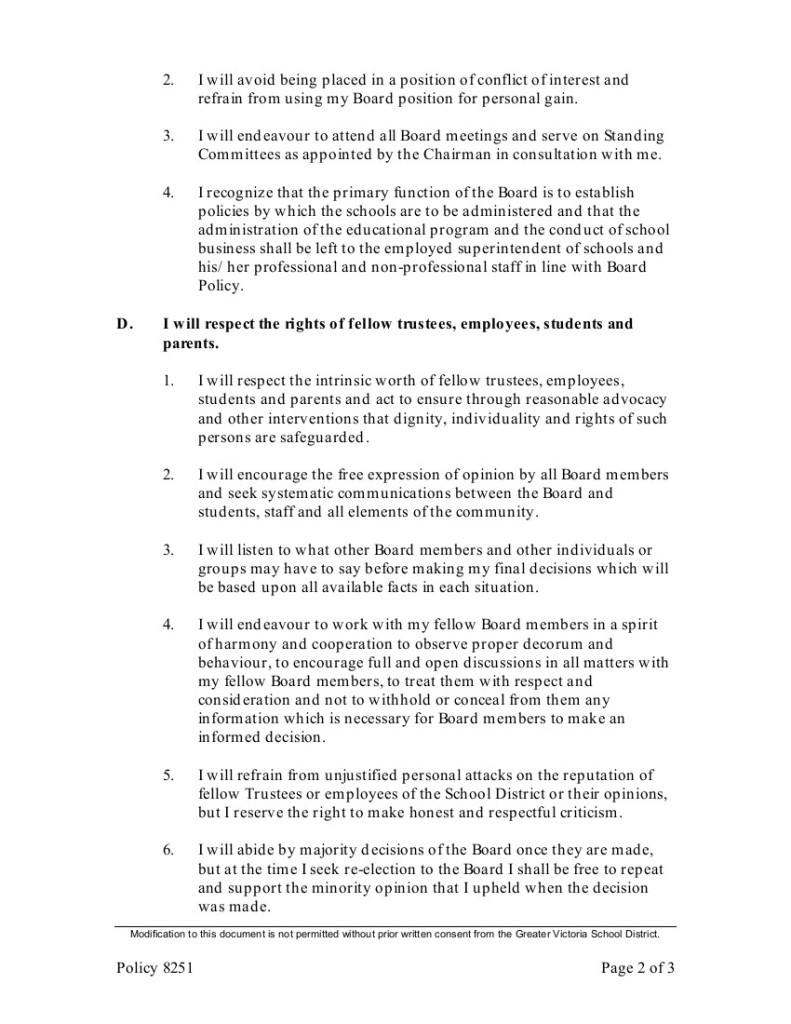 C. Board Committee Reports
C.1 Education Policy Development Chair Alpha
a) Minutes: From April 14, 2014 (for information only, attached to full agenda packup)  [Official minutes are posted on the SD61 website  after this Standing Committee approves them at its next meeting.] Lined Paper record here.
b) Recommended Motions: [Motions are recommended to the Board  if debated and and carried at a Standing Committee meeting, or if they come from senior administration. ]  Alpha moved acceptance of recommended motion:

That the Board approve the Rugby Academy at Esquimalt High School / Carried. For: Alpha, Ferris, Horsman, McEvoy, Leonard, , Orcherton, Against: McNally, Loring-Kuhanga, Nohr

[One of several motions at that meeting: McNally: That SD61 delay the final vote on the SD61 budget for 2014-15 to the May 20 Board meeting, and in the interim convene the Budget Advisory  Committee in the week of April 28 (adding more meetings as needed via vote of any three Trustees) with expanded attendance to include all interested Trustees. /Defeated. For: Alpha, Loring-Kuhanga, McNally  Against: Ferris, Horsman, Leonard, McEvoy, Nohr, Orcherton ]

April 14/14: The Record Off the Record: Operations Policy and Planning Special Budget Meeting