The voting record for standing committees and Board meetings, a sticky post on this blog, will be updated over the summer. It currently covers  January 2012 when I first took office as a Trustee (votes were not recorded at that time, and began to be recorded after my motion to do that)  to June  2013.

As the BC Liberals prolong the teachers’ strike, saving money every day on teachers’ salaries and refusing to commit that money back into public education, I’ve had many requests for School Trustees to “do something”, “show leadership”, “demand a mediator”. Districts have been writing letters. School District 61’s letter is far too mildly worded for my taste but the Chair is directed by majority vote of the Board and a desire for stronger wording was not supported by the majority.

School District websites should have some section for communications. Many letters have been sent already. Starting today I will post letters written by Boards.

The British Columbia School Trustees Association sent a letter on June 23 asking teachers to stand down from the picket lines.  As a School Trustee I was not consulted and was dismayed  to see this letter.  The SD61 Board was not given time to consider the content. Given the twelve years of injustice in regard to public school teachers  and public education in this province I do not agree with suggestions  that teachers should stand down from the line. 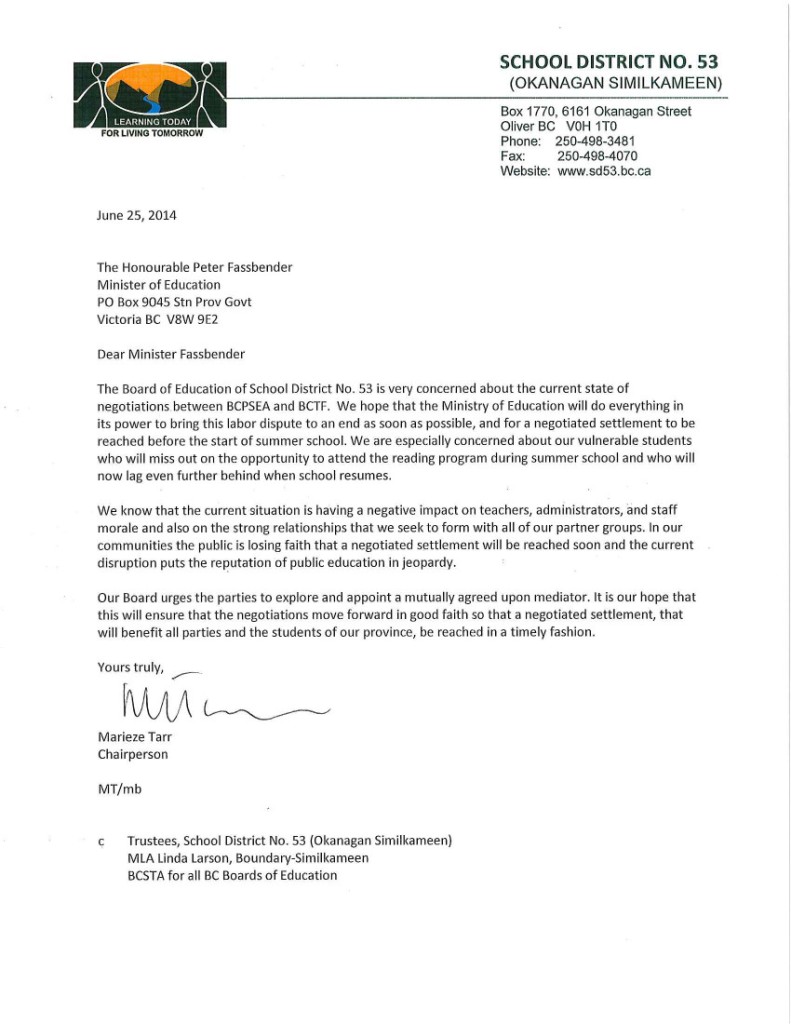 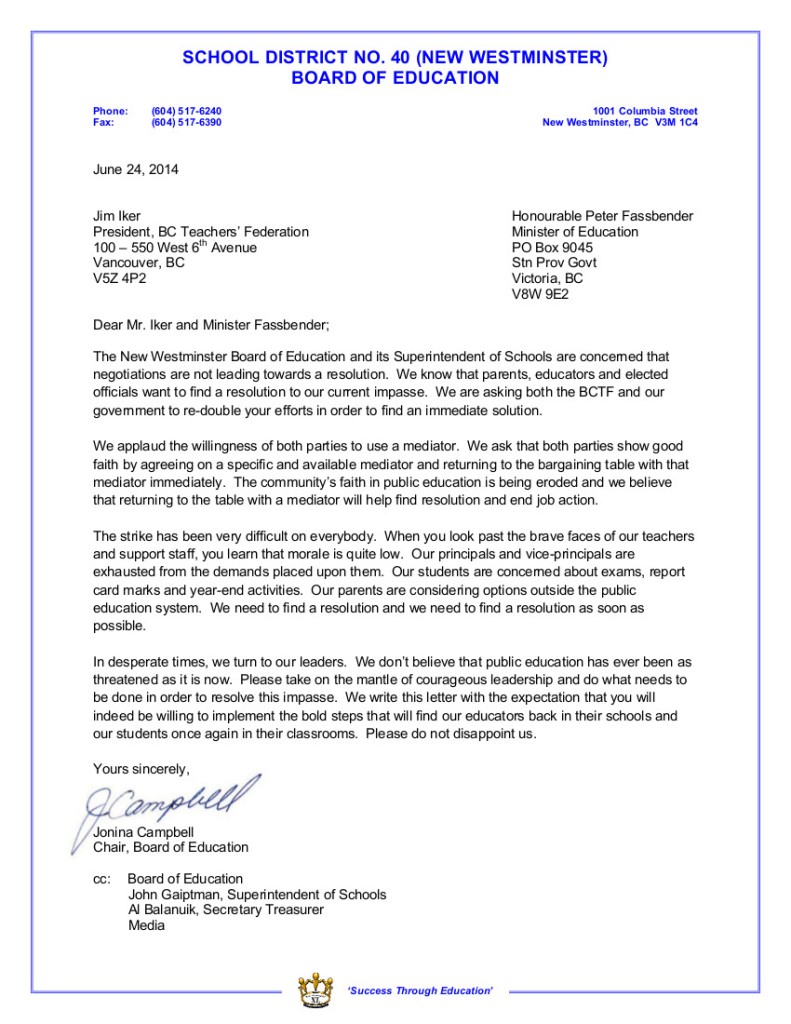 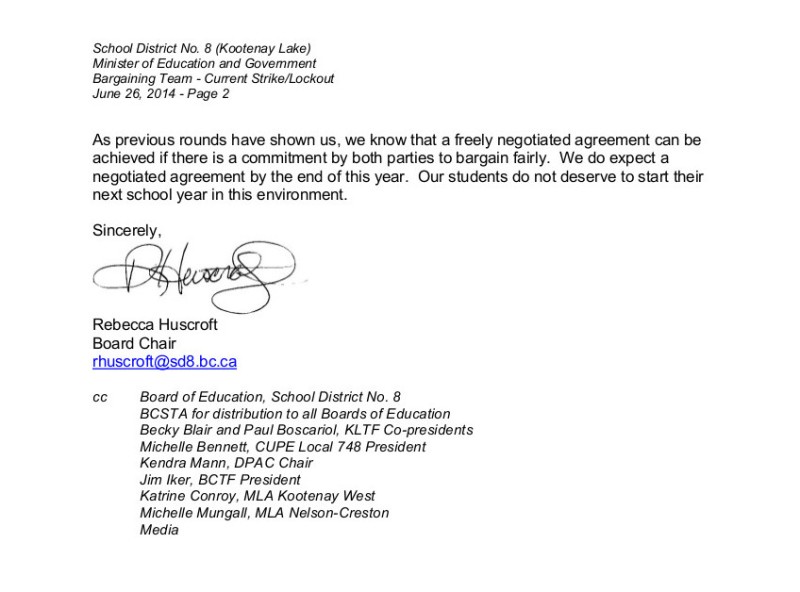 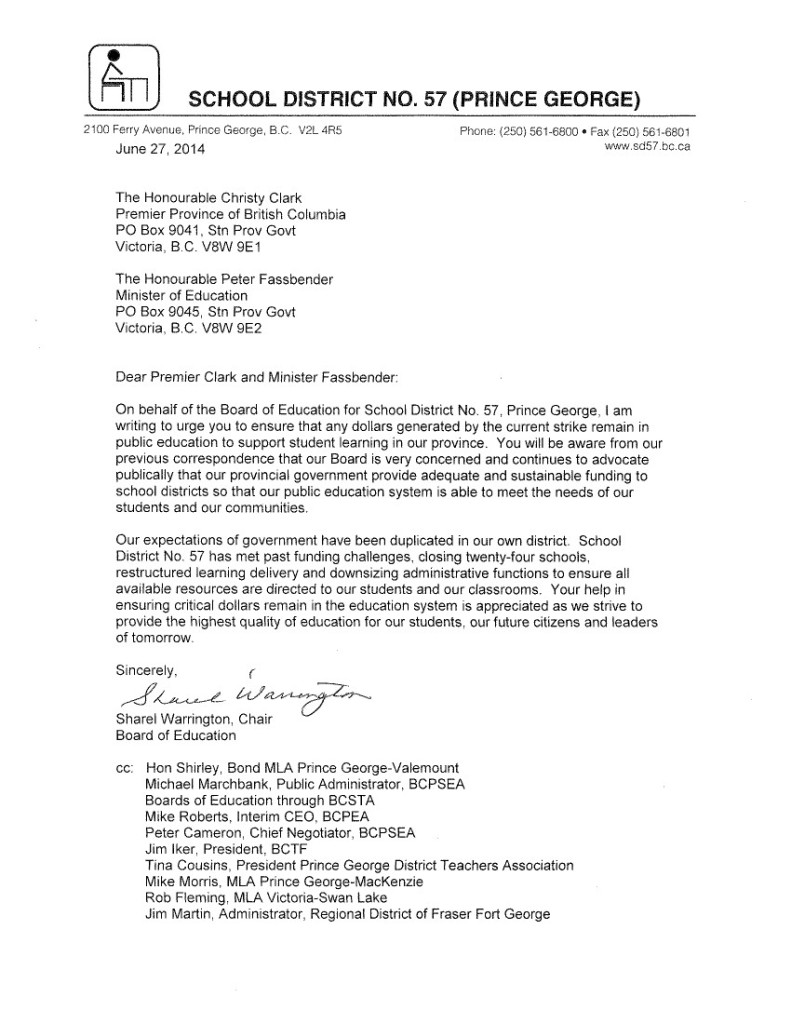 June 9/14: OPPS: The Record Off The Record: Losing Control