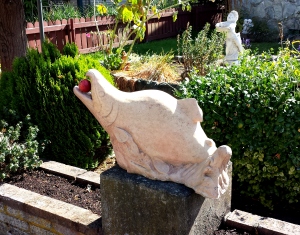 Sticky post: Motions and Trustee Voting Records January 2012 – June 2015. The District now posts a record of motions carried, but the motions that fail are equally interesting. (They do appear in the minutes of meetings, along with the vote, but not until a month after the meeting.) This post is on the front page of Lined Paper.

School District 61 Greater Victoria is the 6th largest employer in the Capital Regional District with a 2015-16 budget of $206,361,204. Out of that, nine Trustees are paid approximately $1,400 a month, each. Each Trustee has access to an individual $2000 annual professional development fund, which at this point, rolls over if not used.

The Record Off The Record is my personal record of and commentary on Board and Standing Committee meetings in School District 61 Greater Victoria. Official approved minutes of Board and Standing Committee meetings and official voting records are posted on the SD61 website under the “Board of Education” menu one month after the meeting. Agendas are posted for the public the Friday before the meeting.

Legally required reports (Section 72 Reports) from In Camera meetings are posted beside the relevant meeting. (Click “view all” on the Bylaws, Policies and Regulations  menu). “Section 72” refers to Section 72 (3) of the BC School Act which states “A board must prepare a record containing a general statement as to the nature of the matters discussed and the general nature of the decisions reached at a meeting from which persons other than trustees or officers of the board, or both, were excluded, and the record must be open for inspection at all reasonable times by any person, who may make copies and extracts on payment of a fee set by the board.” [Kind of an antique process now that these are posted online.] Key word: “general”. Any report beyond the very basic one required must be done by an in camera motion and majority vote. The SD61 Bylaw 9360.1 states: “In-camera items that may be discussed confidentially include legal, property, personnel and privacy matters as defined by provincial legislation. [Note, not “are limited to”.] Full board meetings must be held in public unless the board decides that it is in the public’s interest to hold a private session (closed or in-camera meeting). However, it is important not to abuse this power. Potential controversy or embarrassment to the board is not usually sufficient reasons for an in-camera meeting.” [“Usually” leaves lots of room to move. “Never” might be better wording.]

Civic governments are bound by the Community Charter (except for the City of Vancouver, which adheres to the Vancouver Charter) and move into in camera meetings by public motion of the Council. The public has to leave for the duration of the secret meeting and them come back. School Boards are governed by the BC School Act which allows  Chairs to set in camera meetings any time, often before public meetings.

Trustees and student representatives are referred to by last name only for brevity; “The Board of Education of SD No. 61 (Greater Victoria)” is referred to as “the Board”. No audio or video recordings are made of Standing Committee meetings, only of Board meetings. [No record of how the audio recording decision was made, or any debate on proposed uses of and storage of the record appears to exist. However, the video recording was debated at length in 2014 OPPS meetings.]

Motions may be shortened but retain essential wording. Seconders not noted.

Trustees are assigned by the Board Chair as members of the two standing committees, Ed Policy and Operations Policy. Board and Committee agenda setting is the prerogative of the Chairs, with input from senior administration.

The External Trustee Liaison assignments have been made by the Board Chair to groups which  replied “yes” to a recent District query regarding their desire to have a Trustee liaison, so there are fewer than there were for the 2012-2015 Board term, and for many years before that. [No one has been able to find a contact for the Vancouver Island Labour Relations Association for years, so my position as elected rep to that body may not last for as many years as the previous rep’s did.]

Interestingly, given that SD61 now has an Attendance Manager to “encourage and support” return to work for employees, even though SD61 employees generally are below the provincial average in sick days use, and generally under the number of negotiated available days in Collective Agreements, and have union-contracted return to work provisions through their own providers, Trustees can miss almost 3 months of meetings – just not show up – ie. miss 6 Standing Committees, and 2 Board meetings, with no reason given, no cut in pay, and no approval required from the Board:

School Act, BC: Trustee disqualification from holding office: 52 (2) If a trustee is continuously absent from board meetings for a period of 3 consecutive months, unless the absence is because of illness or with the leave of the board, the office of the member is deemed to be vacant and the person who held the office is disqualified from holding office as a trustee until the next general school election.

A New School Year: Stay Healthy! (Or Else)