Linear or not, SD61 is the 6th largest employer in the Capital Regional District, in 2020 employing more than 2,000 people, delivering public education K-12 in 6 municipalities (Oak Bay, City of Victoria, Esquimalt, View Royal, part of Saanich, part of the Highlands, and the Songhees and Esquimalt Nations, with a 2020 budgeted total of $250,754,515.

SD61 Greater Victoria Board of Education meetings: two Standing Committees, and one Board meeting per month. Times / dates on District Calendar under “News and Events” menu.

Trustee Reports: Board June 15 2015 (Up to this point no reports were ever made, and  trustees were on committees that never met or no longer even existed.)

McNally: That the Board approve that all Trustees appointed by the Chair to an external body be required to submit a written report to the Board via the Chair in December and June of each school year as part of the Trustee Report agenda item, reports to be included as part of the Board agenda packup, beginning December 2015. / Carried as amended. For: Ferris, Loring-Kuhanga, McNally, Nohr, Paynter, Watters, Whiteaker  Against: Leonard  Abstain: Orcherton
• McNally: Hearing requests for fewer than 2x a year. Motion to amend: 1 x a year. / Carried.For: Ferris, Loring-Kuhanga, McNally, Nohr, Watters, Whiteaker  Against: Leonard, Paynter  Abstain: Orcherton

McNally: That the Board approve that all Trustees appointed to internal committees – the Needs Budget Advisory Committee, District Culture and Community Committee, District Gay Straight Alliance, Aboriginal Nations Education Committee and the French Immersion Advisory Committee be required to submit a written report to the Board via the Chair in December and June of each school year as part of the Trustee Report agenda item, reports to be included as part of the Board agenda packup, beginning December 2015./ Carried.For: Ferris, Loring-Kuhanga, McNally, Nohr, Paynter, Watters, Whiteaker  Against: Ferris, Leonard, Orcherton

B. Presentations: 3 presenters from Parents 4 Climate

C.3: Green Reynolds presentation well worth looking at in Presentations.

I asked that more vegan chef training be part of foods courses in SD61 and that the District provide  alternatives to cow’s milk in school lunch or breakfast programs provided though CommunityLink funding. It’s one thing to approve a slide and students speaking to the issue. It’s another, to take bold action. I’ve been vegan for 15 years. Thank you, Reynolds School Sustainability Project.

George Monbiot: Understandably, the livestock industry will resist all this, using the bucolic images and pastoral fantasies that have beguiled us for so long. But it can’t force us to eat meat. The shift is ours to make. It becomes easier every year.

H. New Business  H.1 McNally: That the Board task the Superintendent with provision of one comprehensive District organization / reporting lines chart that includes personnel in all departments, to (but not including) the clerical support level, to  be provided to the Board and posted in the “About Us” sub-menu under the “Our District: menu before February 24, 2020. /  Defeated. For: Paynter  Against: Hentze, Leonard, Whiteaker [Notice of Motion: Putting this motion on the Board agenda, Jan 27 meeting.]

School districts are multimillion dollar enterprises funded by public money. Accessible complete district organization / reporting line charts seem to have disappeared on all BC school district websites. Here in SD61 on the website, various departments may or may not have an org chart. Those that do  are not connected overall.

Facilities: The SD61 Facilities Department chart looks relatively complete, though some names are out of date.

Superintendent’s Department : The SD61 Superintendent’s Department organizational chart is missing some names, and reporting lines for the Learning Team head, Learning Support Team head, and Inclusive Learning Team head (no name) are unclear.  Members of the teams are not shown, so for complete information for stakeholders, it would be desirable to show that level. Some of these teams have multiple members and it’s likely that some members are on more than one team.

Why is an organization chart with reporting lines desirable for SD61?

We all know that an org chart is a  detailed representation of the organization’s structures and hierarchies that gives employees, parents, and other stakeholders a clear  picture of reporting and supervision relationships, divisions of work, and levels of management.

Formal organization charts do not recognize informal lines of communication and influence that exist in every enterprise but this level of influence by its nature, though it will always exist, cannot be charted. Some critics of organization charts claim that that org charts may encourage individuals to take a very narrow view of their jobs and may discourage the development of leadership skills in some employees. However, attention to development of opportunities for distributed leadership within clear reporting lines minimizes this possibility for those who do wish to move into leadership positions.

The apparent and interesting growth in cross-functional teams in SD61 increases the usefulness of an org chart for keeping track of working relationships and lines of supervision and accountability.

There are various ways to present an org chart, including linear, and circular. Currently, org charts are spread over various pages on the SD61 website; several do not go deep enough for stakeholder complete information,  and not all departments have one. The structure of the multimillion dollar enterprise and major regional employer that is SD61 could be less opaque and much clearer for parent information / taxpayer purposes and for annual budget considerations and discussions.

An organizational chart is a  detailed representations of the organization’s structures and hierarchies. They provide both employees, parents, and other stakeholders with a “clear  picture of its reporting relationships, divisions of work, and levels of management. Stakeholders want to see that the structure has been built to support organizational goals and have clear accountability lines for achieving  the key factors for success in SD61: the goals of the strategic plan. The very process of charting the organization is a good test of the structure because any relationship that cannot be charted is likely to be confusing to those working in it and to stakeholders.

An org structure allows determination of  how many “rungs of the ladder” a particular department should have. In other words, who tells whom to do what? And how are issues, requests, and proposals communicated up and down that ladder?

Centralization describes where decisions are ultimately made. Once you’ve established your chain of responsibility, you’ll need to consider which people and departments have a say in each decision. A business [and Superintendents are now commonly termed “CEOs”] can lean toward centralized, where final decisions are made by just one or two individuals; or decentralized, where final decisions are made within the team or department in charge of carrying out that decision.

Organic structures (also known as “flat” structures) are known for their wide spans of control, decentralization, low specialization, and loose departmentalization. This model might have multiple teams answering to one person and taking on projects based on their importance and what the team is capable of,  rather than what the team is designed to do. This organizational structure is much less formal and takes a bit of an ad-hoc approach to business needs.  [Rhetorical question: Do taxpayers / stakeholders want an ad hoc approach to public education? ] This can sometimes make the chain of responsibility, whether long or short, difficult to decipher.

While a more traditional organizational structure might look more like a pyramid with multiple tiers of supervisors, managers and directors between staff and leadership, the flat structure limits the levels of management so all staff are only a few steps away from leadership. It also might not take the form or a pyramid, or any shape.  This structure might also make staff feel like the managers they do have are more like equals or team members rather than superiors. Because of how complicated the structure’s design is / lack of structure, it can be difficult  to determine which manager / leader  an employee should go to for approval or an executive decision. In a flat organization, there should be clearly marked tiers of management . [Which brings one back to the traditional org chart.]

As an English Lit major, doing that MBA in Executive Management at RRU paid off in some ways.
Though I’m sad that I’ll never believe in unicorns again. 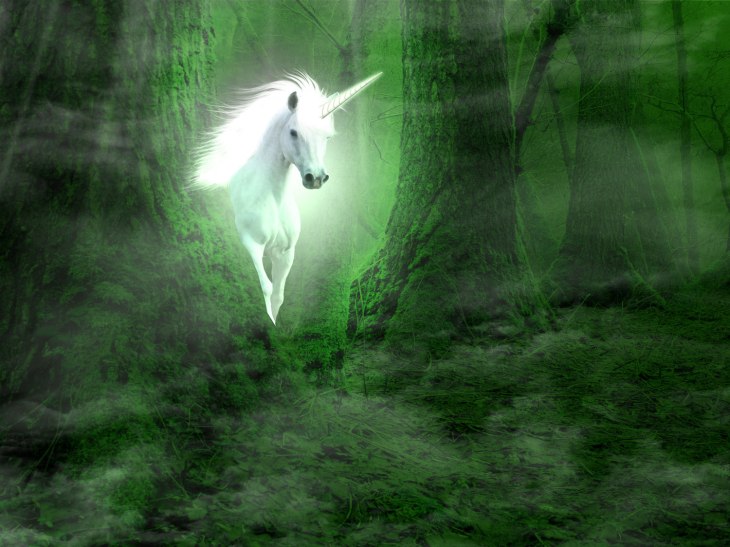